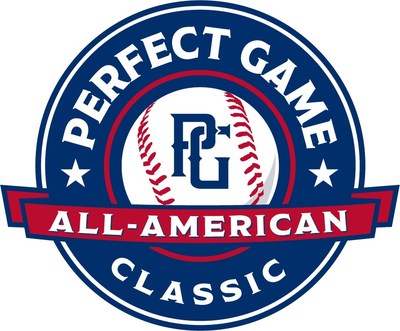 It was also announced that former Diamondbacks All-Star and World Series hero, Luis Gonzalez, will serve as this year's All-American Classic Honorary Chairman.

The All-American Classic will be played on Sunday, August 28 (5:00 PM local time.)  Perfect Game and its not-for-profit arm, the Perfect Game Cares Foundation, will also host a series of related events at Chase Field and other Phoenix-area locations on the Friday and Saturday preceding the Classic.  Over the past 19 years, Perfect Game and its Foundation have raised more than $1.5 million to support a number of child-related causes in communities hosting the All-American Classic.  Complete details of the related activities taking place in Phoenix will be announced soon.

The Perfect Game All-American Classic features more than fifty of the most talented high school baseball players from the U.S., Canada and Puerto Rico competing for east versus west supremacy. This prestigious event, which marks its 20th anniversary this year, offers the baseball community a sneak peek at several young players destined to make their mark at the collegiate and Major League levels of the sport.

Phoenix is a fitting location to host the All-American Classic, given the Valley of the Sun serves as headquarters for Perfect Game West. Throughout the year, Perfect Game maintains a presence across the region by annually holding numerous events in Phoenix and neighboring locales, such as Peoria, Surprise, Glendale, Goodyear, Scottsdale, and Mesa.

"The entire Perfect Game family is looking forward to bringing the All-American Classic to Chase Field and related events to the Phoenix area," stated Perfect Game CEO, Brad Clement. "We also want to take this time to thank the San Diego Padres and the city of San Diego for having been wonderful hosts for twelve of the past thirteen All-American Classics, including last year's successful event. We're excited to provide the great baseball fans from Arizona and the entire southwest an opportunity to watch the next generation of elite baseball talent compete for territorial bragging rights at Chase Field  a world class facility."

"We are thrilled for this opportunity to use the sport of baseball to help support child-related causes in and around Phoenix, including efforts to help grow the great game of baseball," said Perfect Game Cares Foundation Executive Director, Jennifer Ford. "For two decades, Perfect Game All-American players and sponsors have actively joined forces with the Perfect Game Cares Foundation to make a difference in communities that are passionate about baseball. We can't wait to lend a hand in Phoenix!"

"The Arizona Diamondbacks and Chase Field are honored to welcome Perfect Game and its prestigious All-American Classic game to Phoenix," added Diamondbacks CEO, Derrick Hall. "We anticipate great support from the baseball-loving fans in and around the Phoenix area, as they will have a unique opportunity to watch some of the sport's future stars display their tremendous athletic skills on the Chase Field diamond before they become household names. We're also looking forward to supporting some very important causes and efforts to grow the game of baseball through the various activities planned by the Perfect Game Cares Foundation. This is a win-win situation for all involved, most importantly area youth and the sport of baseball."

The rosters for the 2022 All-American Classic will be selected by a panel of talent evaluators assembled by Perfect Game and announced in July. Between now and then, high school baseball players across the United States, Canada and Puerto Rico will be scouted and identified through a series of tournaments and events, including the Perfect Game National Showcase.

In 2021, the East defeated the West, 9-1, as starting pitcher Dylan Lesko and nine teammates combined to throw the first no-hitter in Classic history. In all, players from the west hold a 12-7 edge over their counterparts from the east.

About Perfect Game
Perfect Game is the world's largest elite youth baseball and softball platform and scouting service, producing over 8,600+ events, 300,000+ games and showcases each year across the country. Perfect Game is dedicated to giving amateur players exposure to take their game to the next level, whether that be in college or in the professional ranks. At Perfect Game events, players are performing with top-level competition in front of college recruiters and professional scouts from all over the country. Because of this, these events prove to be invaluable to the college coaches as well as Major League Baseball, as they can scout a large population of talented ballplayers in one location. To date, more than 1,650 players that have played in a Perfect Game event have also played in Major League Baseball. Since 2003, 13,324 Perfect Game alumni have been selected in the MLB First-Year Amateur Player Draft. In the 2021 Draft, for example, more than 95 percent of all players selected had played in Perfect Game events, and every player selected on the Draft's first day had previously attended Perfect Game events. And in the 2021 College World Series, every player on the rosters of national champion Mississippi State and runner-up Vanderbilt had played in a Perfect Game event.